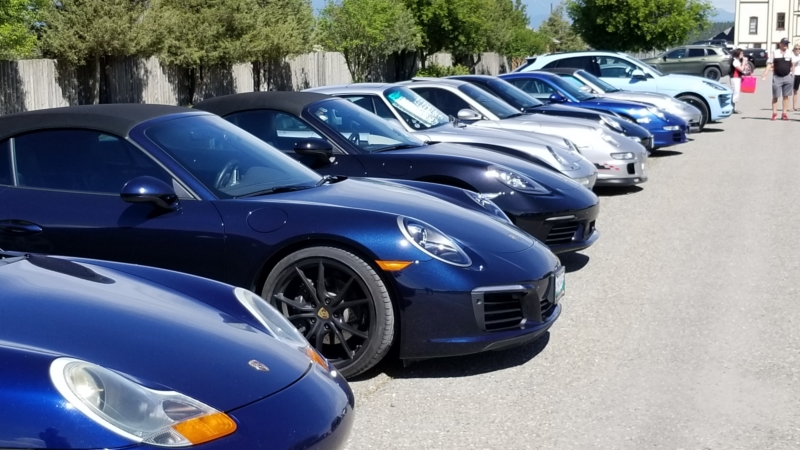 Many of our normal club activities have been on hold or at least temporarily postponed. However with some adjustment to the required protocols set by the Province, Members have had a chance to finally get the garage dust off their cars.

In case you missed it , the Red River Region had 22 cars participate in our first “Fill a Frunk” event at Winnipeg Harvest on May 30. Members showed up with their cars filled  with groceries to be unloaded at the front door of our local food bank. This followed the previous week’s first “Gimmick Rally” held by our region. The theme was “Planes, Trains and Automobiles” and was designed , developed and organized by Club VP George Derwin and his wife, Catherine Carlson. All who came out reported they had a great time and are already looking forward to the next Rally.

Last Saturday we had our first “Cars and Coffee” of the year, with a record turnout of over 35  shiny cars gathering at the new De Lucas Market , 66 South Landing Drive, just off west McGillvray. We shared the east parking lot with some other car enthusiasts who also get together for coffee and visits on Sat Mornings. Along with our overwhelming number of Porsches there were a few Ferraris, Lambos, Mercedes and Maseratis.

We all had a chance to visit and catch up with old friends as well as meet some of our new members in a safe outdoor environment. Due the encouragement of all who attended we are doing it again on Sat June 27 from 10 am until noon, also at De Lucas. Possibly followed by a short drive.